After a quick breakfast of croissant and coffee we headed to the bus stop to catch a bus to Burgos. Several of our fellow pilgrims were also headed to Burgos. The hour bus ride passed two and a half days of walking. We would have rather walked but Alexandra has a sinus infection and needs to see a doctor. 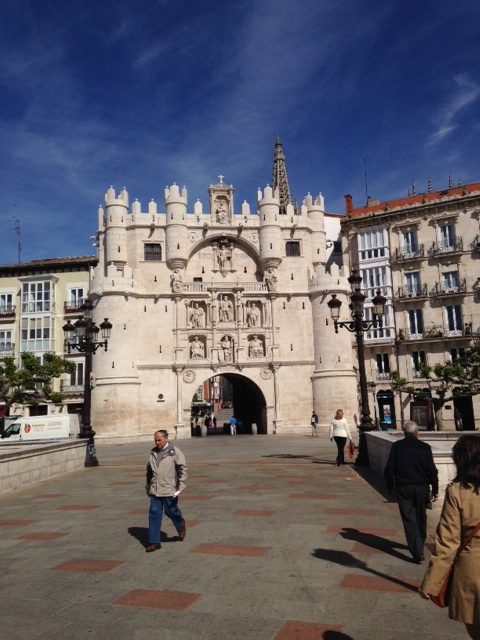 It took a bit to find a hotel but we were rewarded with a room with this amazing view of the Burgos Cathedral. After a rest we went for a visit. 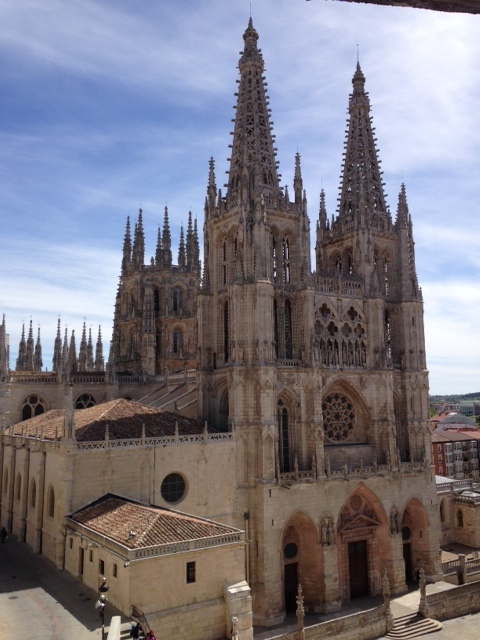 A UNESCO World Heritage site, the Burgos cathedral is magnificently restored with a treasure everywhere you look. Chapel after chapel surround the central part of the cathedral. Each chapel elaborately decorated with gold, sculptures and priceless paintings. 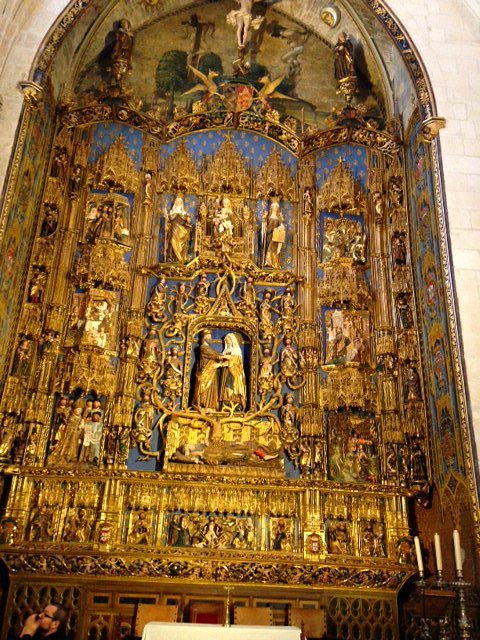 It is overwhelming in scale, with soaring domes highlighted by more elaborate gold It would take days to see it all. 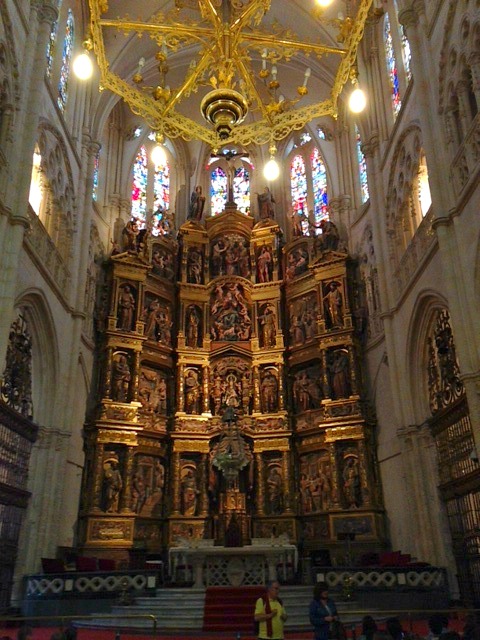 We consulted several people on how to find a doctor. It took several tries and we went to the wrong place first but finally she was examined by a young Cuban doctor with family in Miami. He had just enough English to get by and we left with the prescriptions she needed to get better. Off to the farmacia to get four boxes of meds and some real tissues.

We hadn’t eaten much so we waited for a small grocery to open back up from siesta time and were rewarded with bananas and a small jar of peanut butter along with cheese and yogurt.

Alexandra went to bed and I went to enjoy Burgos. A bustling and beautiful city of around 200,000 with parks along the river, many cafés and fashionable shops in the shadow of this incredible cathedral. I sat on a bench and watched the evening light on the cathedral, amazed by this jewel that humans have imagined and then spent lifetimes crafting. Everyday I am living a thousand years. 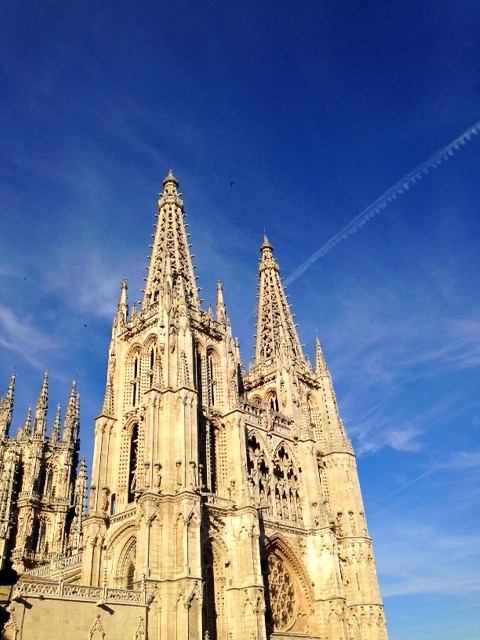