Since moving back to the old home place, Hamilton says he is living his dream of being a hermit.   His commute to work has been shortened from 14 miles to about 14 steps to the back yard into his shop.   Every Saturday he starts his brand new 1999 red Chevy pick-up and goes to town for important things like a haircut, a visit to his mother or to take his favorite wife out for dinner.   Other than that, he is content with his books and paper, the company of same wife and the silence of the country.

The Hermit is also content in his place of silence.   He has reached the first plateau of awareness and spiritual growth.  Now above the tree line he can see where he has come from and where he is going but he prefers to concentrate on where he is now.

He is the number 9, higher understanding and completion of a cycle.  His body is even in the shape of a 9.

He holds a lantern with a six pointed star, the symbol for the hermetic axiom “As above So Below”.   The lantern is an extension of his inner light.   He uses this beacon of light to shine the way for those behind him.    The Hermit doesn’t have a spotlight or search light but a gentle soft glowing lantern.   He controls his light using it for those who are ready to see.

The Hermit’s staff is knowledge which he uses as support to make progress.  Combining this knowledge with love it becomes wisdom which he uses for the highest good.   No longer part of the mass mind of fear and control, he now feels a bit separated from the world for this is an internal journey that he can’t show the world.   He still participates in life but isn’t part of it, alone but not lonely.

Ok, let’s look at a couple of things.   The Hermit is holding a gentle light he is not screaming from the mountain top his new found religion or insights.   He is not hitting people over the head with his staff.  This staff is not a wand for magic or a scepter for power or a sword for stabbing his enemies.  The Hermit knows when to keep silent and gives no advice.  He keeps his truth to himself.  Living life in his wise and quiet way he influences the people and situations that need and want his light.

Immature Hermits won’t take on the responsibilities of independence.  More mature Hermits know when to seek wise help.  Grown hermits know when to help and when to let a situation alone.   They know that they can shine the way but can’t carry others up the mountain.   Everyone has to walk the steep and rugged path themselves in order to be worthy of wisdom. 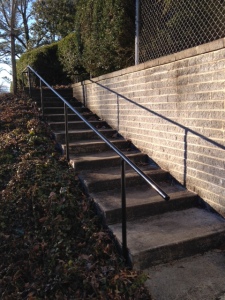 3 thoughts on “The Hermit”