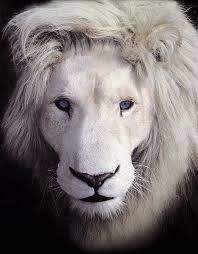 In January 2012 I was helping my teacher Rachael move and organize her library.   Of all the hundreds of spiritual books she owns she sent me home with Mystery of The White Lion by Linda Tucker.   It took me a couple of weeks to get into the story but once I did then I couldn’t put it down.   I sent copies to a few friends and they couldn’t put it down either.   I watched the movie “White Lions” and looked at pictures on the internet.

I sent a picture to my daughter and fellow cat lover, Alexandra, and she asked why I was so obsessed with white lions.  “Because they are the Ultimate Grande Supreme Cat.”    For those of you unfamiliar with that title spend a few minutes with the TV show “Toddlers and Tiaras” and you will know that is the highest title for beauty pageant children whose parents are convinced their screaming children are having fun.   Any title with three superlatives has to be the best.

White Lions are not albinos but a rare genetic mutation of tawny lions.   They are only found in a small region of South Africa, Timbavati.   First spotted in 1938, they haven’t been seen in the wild since 1994.   There are a small number of them in captivity but three prides have been reintroduced in South Africa.

The White Lions are sacred to African Tribes and are connected to the star Sirius.   Linda Tucker found a connection between the white lions in South Africa and the Sphinx in Egypt, the great lion by the pyramids connected to the Age of Leo.    Now we are in the Age of Aquarius, the exact opposite point from Leo the 26,000 year cycle of the Zodiac.

This summer a white lion moved near me in Pigeon Forge Tennessee to be part of a local variety show for the masses of tourist visiting The Great Smoky Mountains.   I had to go see him since he symbolized that connection to Sirius here in East Tennessee.   The show was a lot of fun and I anxiously anticipated the Lion King section that featured this white lion.   When he was revealed it took my breath away—-so regal and majestic.  White with blue eyes and so calm, I wish he could be free and in the wild but since he can’t I’m glad he is here holding that special vibration in my little part of the world. 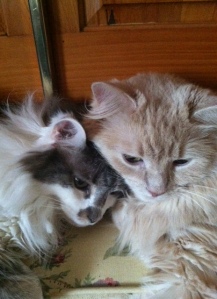