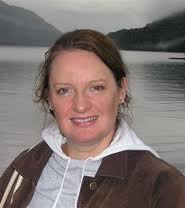 In everyday life I have two brothers and a sister, but in my cosmic world I have a twin. I wrote earlier about my cosmic mother Rachael, her daughter Anne and I were born the very same day.

The synchronicities between our two lives are really very stunning. We were both born April 28, 1964, 9 hours and 11 minutes apart. Anne was born in New Zealand, and I was born in New Jersey—we came in on the same boat but got off in different ports. Anne was two months premature and wasn’t expected to live. She must have had a good reason to be born that day.

We are both trained as school teachers. Anne had a wonderful career as a teacher and became an administrator. Anne and I both made pottery as a hobby. We both have two daughters but Anne also has two sons.

Sadly Anne died of cancer a year ago today. I think about Anne often and sometimes feel that I need to live extra fully for her. I wanted her to know that I will take care of her mother and be there for her beautiful daughters. I wish I had the chance to spend more time with her but at least I spent the night at her house twice and she was a wonderful cook and hostess.

I didn’t know her well, but yet I did, as I heard many stories from her mother. Anne will always be part of my life; you can never be separated from a twin much less a cosmic twin. Two babies born the same day but separated by half a world somehow met and are friends and have so much in common. I know for sure the Universe has a plan, nothing is by chance.