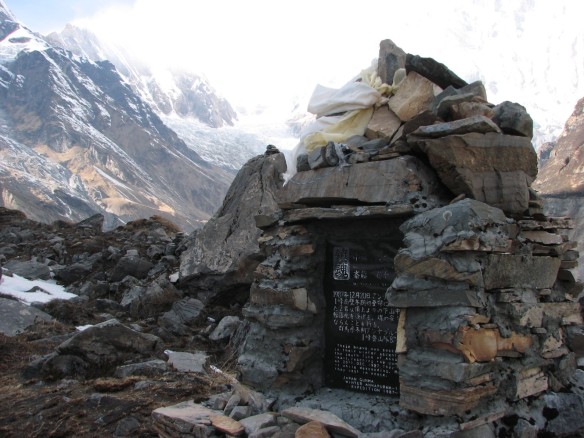 When the Bowen sisters practiced the violin around the house they played Mozart, Bach and Vivaldi. Since we live in Appalachia, they were always asked to perform fiddle tunes.  The ‘fiddlin’ Bowen sisters played many local gigs for charity events, flag pole raisings, nursing homes and anywhere else they were asked.   They put on a nice show playing music that is now universally recognized like Amazing Grace, Ashoken Farewell and Orange Blossom Special.

On Christmas Day I watched a documentary called “Mountain Music Project”.   These same fiddle tunes my daughters played seemed to be even more universal than I realized.   A fiddler from Virginia visited Nepal and noticed that uncanny similarities between his tunes and those of the local mountain people.   He went back to Nepal with a translator and started investigating the musicians high in the Himalayan Mountains.   These musicians played a type of four string instrument with a bow they make from a log, goat skin and tennis racquet string; about the size of a violin, but held like a cello.   The tunes and singing along with the stories of these mountain people and their struggles for survival mirror those of Appalachia.  Maybe these mountain ranges on opposite sides of the world are connected.

I haven’t been to Tibet and Nepal, but last May Tibet and Nepal came to me when I went to a lecture at my local library by  Ven. Lama Norhla Rinpoche.   More than 200 hundred people came to hear about  Lama Norhla’s escape from the Chinese invasion of  Tibet when he was a young monk.   His journey to safety was long and dangerous, and was nearly caught by the Chinese before finding refuge in Nepal and then India.   He said the first time he saw the Great Smoky Mountains a few years ago he was instantly reminded of his first glimpse of the Himalayas during that escape over 50 years before.      Because of this connection, Lama Norhla has established a small retreat center on border of the Great Smoky Mountains National Park and is building a Stupa (a sacred shrine) on this border to help stabilize the weather patterns and heal the land from the Civil War and Indian Removal.

There is a connection between these two great mountain ranges, and I love it when I can make these connections between opposite sides of the world letting us see that the human experience is universal. We all have so much to learn from each other.

The Mountain Music Project:   A Musical Odyssey from Appalachia to Himalaya